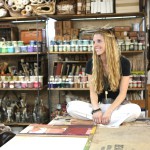 Kelsey Hochstatter (now Kelsey Irvin) was born and raised in East Amherst, New York. Her family traveled often, and she quickly became captivated by the diversity of the natural world surrounding her. As a young girl she would sketch on anything she could get her hands on. She never kept a diary, but she left a trail of sketches adorning her path. A daydreamer, an explorer and an artist, Kelsey constantly challenged herself. She began taking on illustration work at a young age, and her imaginative mind took her places that this world could not. Years later, she realized that painting could take her to those same places.

"If I'm yearning for serenity, through painting I can find it. When I am moved or inspired in life, by Nature, by people, by God, it stays with me. I revisit those feelings when I'm painting."

Kelsey went on to pursue her interests at St. Lawrence University in upstate New York. She majored in Fine Arts, as well as Environmental Studies and Psychology. Kelsey cherished her time spent in the studio, particularly painting and printmaking. She displayed a kind of passionate drive that was unmistakeable. In addition to her immersion in art and academics, Kelsey also played for the University's Women's Lacrosse Team, was a Teacher's Assistant for two professors, and worked for the University's Outdoor Program as a rock climbing guide. Her climbing trips enabled her to spend time outdoors in the Adirondack Mountains, where she would hook a small camera to her harness and photograph anything that inspired her along the way. The rich earth tones in the autumn leaves, a visual detail or texture on a rock formation, the pattern of the moss growing over a boulder - all became photographs that were later pinned to her studio wall for reference while she painted.

Kelsey still loves to explore the outdoors, shooting photographs of anything that inpires her - trees, tidepools, old buildings, and the myriad little details found in nature. She searches for "...the little things in life, which are naturally formed, often unobserved, and exude the purest kind of beauty." Whether through form, pattern, texture or color, these natural details continue to take shape in her paintings today. Kelsey also enjoys exploring flea markets and antique bookstores, finding traces of people's lives, "...things once adored for some quirky reasons" - all of which provide her with hints and whispers of inspiration for her paintings.

Kelsey's preferred media are acrylic and mixed media. She likes acrylic because of the swift drying time, and mixed media because "...anything goes! I like to leave traces of things in my paintings; traces of history or of places." She favors a spontaneous working style; always starting with an idea, but leaving plenty of room for the piece to journey wherever it needs to go. Says Kelsey, "I like the journey too much to constrain it with an exact plan." .

When Kelsey isn't painting, she's busy exploring new places, "...especially when it at least seems far away from civilization." A born athlete and explorer, she is a runner and loves to travel and experiment (at least once) with such adventures as ice climbing and sky diving.

The driven mentality that enabled her busy college career has only strengthened in Kelsey over the years, and is now aimed at her career as an artist, which she says, "Is a dream come true and a blessing every day." The artist now resides in Southern California and finds herself constantly inspired and painting as often as ever. 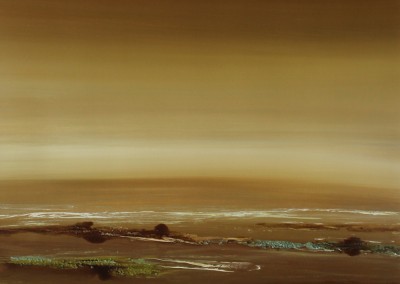 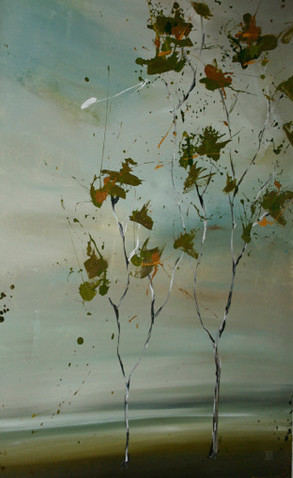 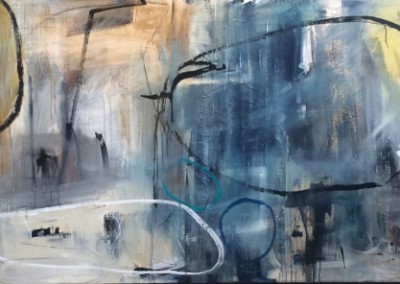 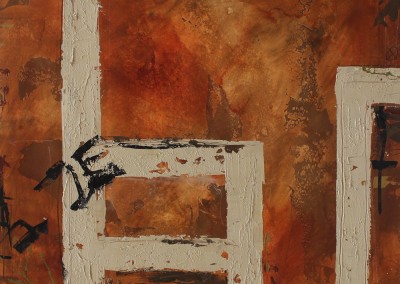 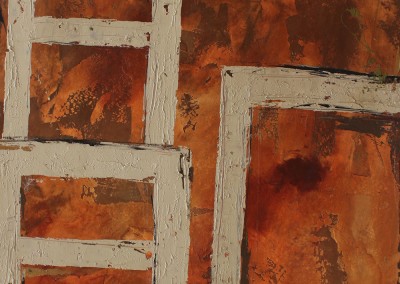 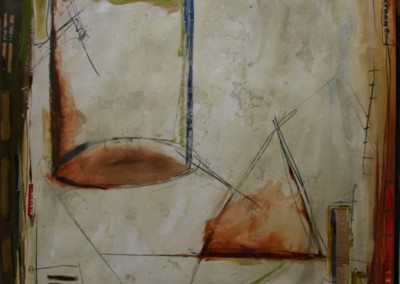 Dissecting a Memory I – Mixed media on paper

“Dissecting a Memory I”
Mixed media on paper 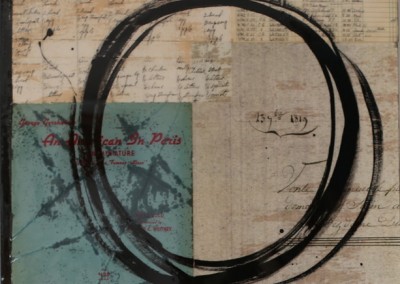 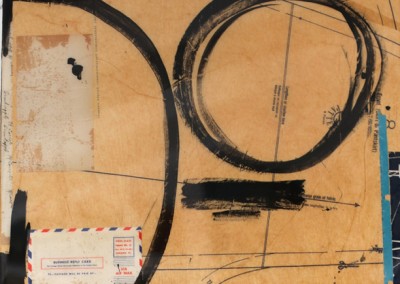 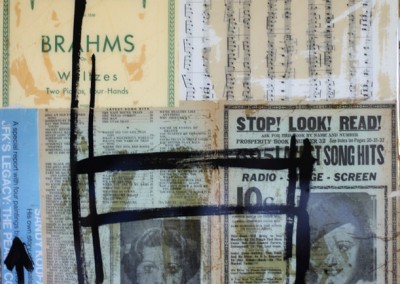 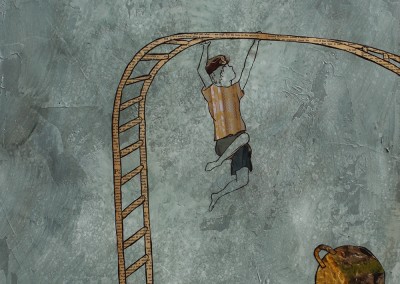 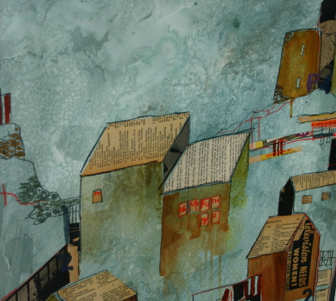 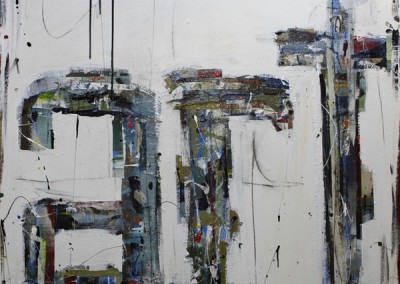 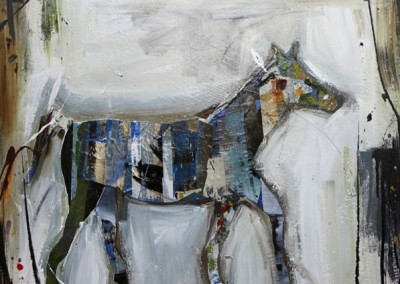 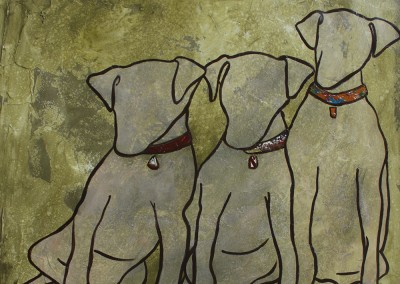 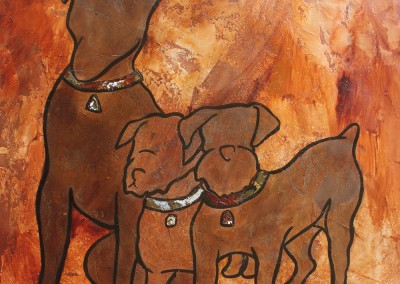 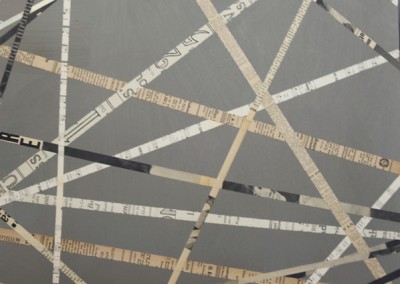 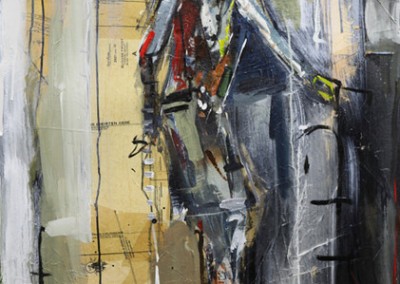 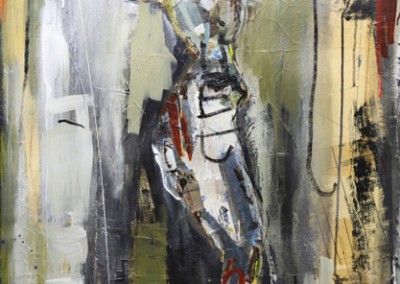 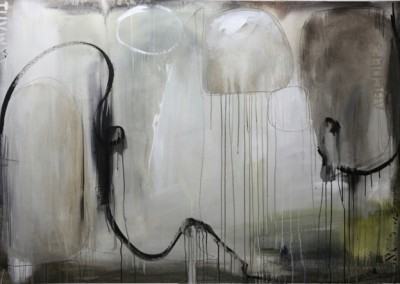 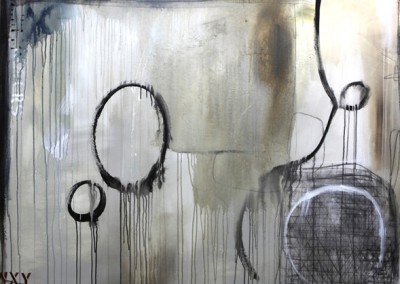 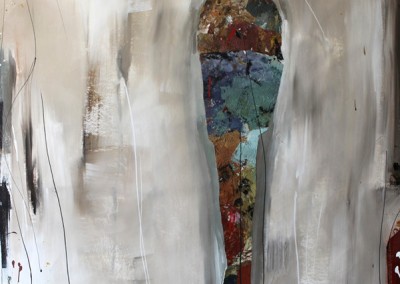 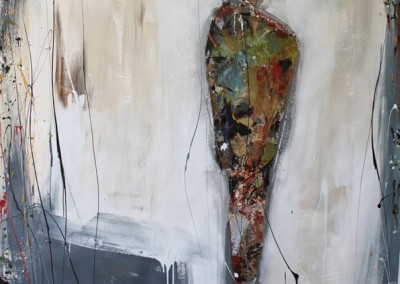 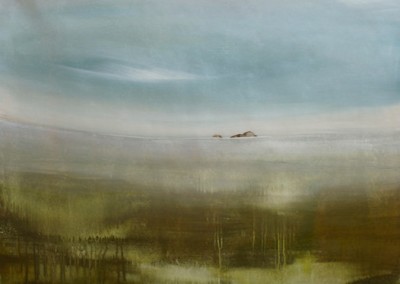 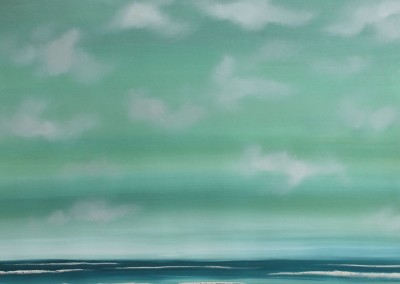 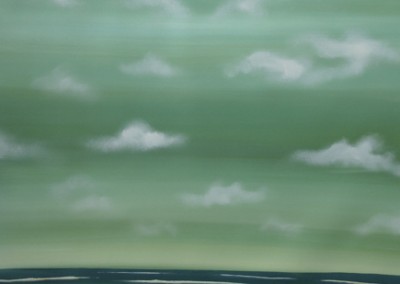 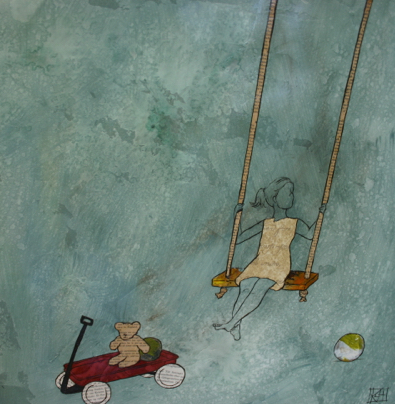 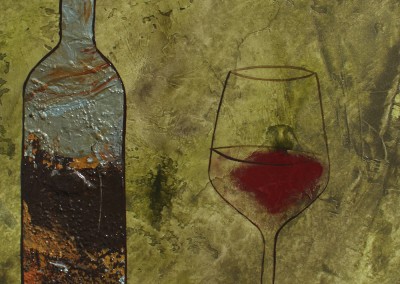 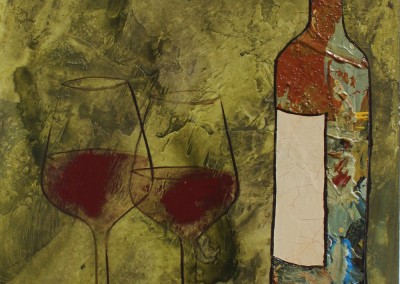