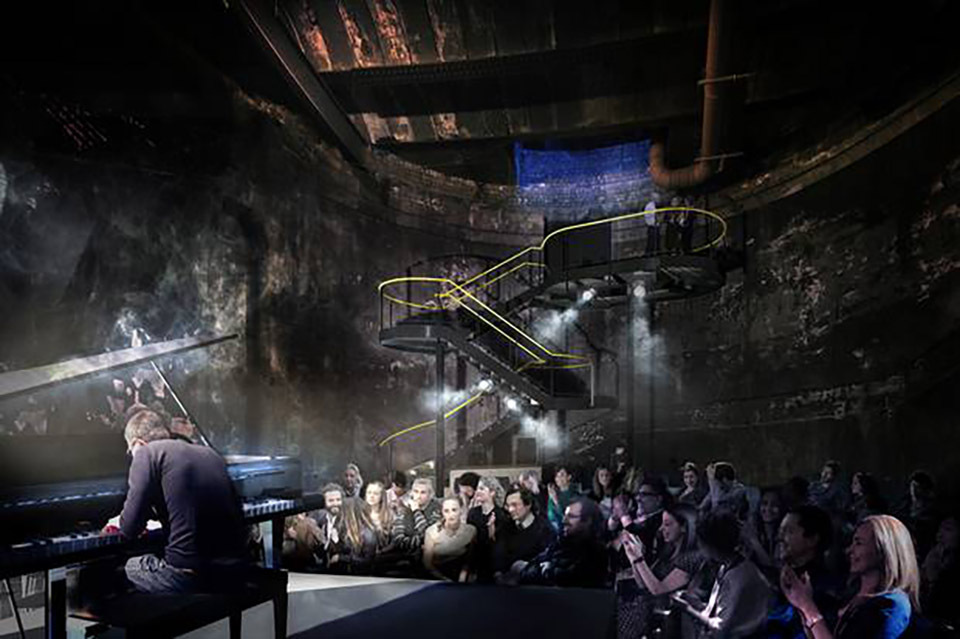 Nearly two hundred years after construction first began, and 150 years after being formally closed to the public, Isambard Kingdom Brunel’s Rotherhithe shaft in the Thames Tunnel is slated to become London’s newest performance space.
Thanks to a cantilevered staircase by local firm Tate Harmer, members of the public will be granted access to one of London’s best-kept pieces of engineering history.

Part of the Brunel Museum’s plans to increase public access to and awareness of the immense built legacy of Brunel, the revitalized ”cavern” will provide valuable insight into London’s rich industrial heritage. Tate Harmer proposes the addition of a new public entrance into the former entrance shaft of the Thames Tunnel, in addition to transformation of the vestibule itself into an exhibition and performance space.

Rotherhithe shaft was Isambard’s first project, and marks his sole collaborative work with his father Marc Brunel, himself an engineer. Completed in 1843, the shaft is a revolutionary feat of engineering, initially providing access to the Thames Tunnel and allowing ventilation for the steam trains below. At one point, since-removed ornate staircases conveyed visitors to the world’s first underwater tunnel and antecedent of the modern metro system.
Tate Harmer’s design focuses on the newly created public entrance, preserving the “important historic fabric” of the 50 feet-wide, 65 feet-deep space.
“We had to respect and protect Brunel’s legacy,” said Jerry Tate, director of Tate Harmer, “While providing people the opportunity to enjoy the space in new and exciting ways.”