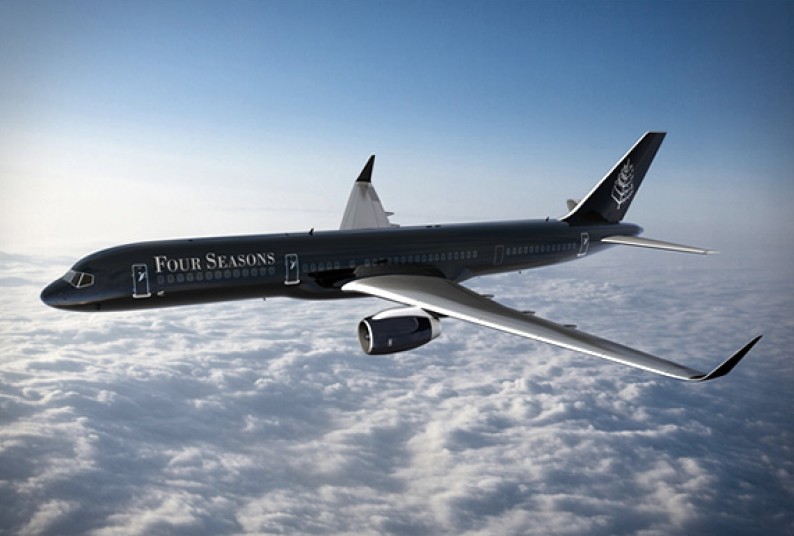 The Four Seasons Jet, a custom-designed Boeing 757, is the hospitality industry’s first fully branded private jet recently started its 24 day maiden trip from Los Angeles, on to Hawaii, Bora Bora, Sydney, Bali, Chiang Mai, Mumbai before taking off for Istanbul and finally London. The Four Seasons Around-The-World itineraries have been operating since 2012. But until now, the company conducted these journeys by private jets. This is the first one by the Four Seasons Branded Jet
The hotel company offers these journeys three to four times a year and has three journeys planned for this year and the next as well, and costs $120,000.

Four Seasons Jet’s Mumbai stopover comes ahead of the launch of the upcoming Four Seasons Branded Private Residences in Mumbai that will also target non-resident Indians as buyers. Beginning in Los Angeles and concluding with a celebratory dinner in London, one of the Highlights is a private-jet stop at the Taj Mahal. Each journey includes air travel and ground transportation, planned excursions, all meals throughout the trip and accommodations exclusively at Four Seasons.