28/04/15 – Only 10% Of Museumgoers Can Tell The Difference Between a Masterpiece and a Fake – Really, That Many? By Cait Munro – artnet 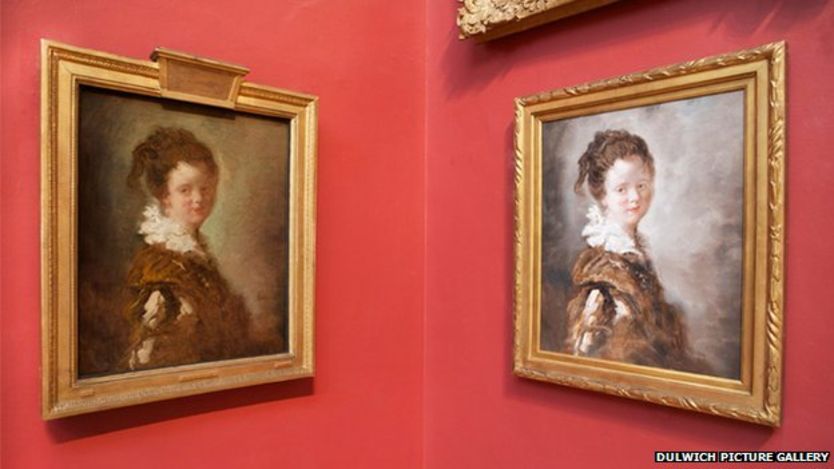 Can you spot the fake?   Photo: Dulwich Picture Gallery/BBC

Only 10% of museumgoers passed a cheeky test proposed at London’s Dulwich Picture Gallery, where conceptual artist Doug Fishbone challenged them to distinguish a fake from a masterwork.

In February, Fishbone replaced Rococo French master Jean Honoré Fragonard‘s Young Woman with a canvas produced in China and worth about $120.

As part of Fishbone’s project, “Made in China,” the public was asked whether they could identify the counterfeit amidst the collection of about 270 Old Master paintings, which includes works by artists like Rubens, Titian, and Gainsborough. Out of 3,000 participants, only 10% got it right.

“This is a quiet project, but it raises all sorts of broader questions: how do we interact with culture in our institutions; what does the exhibition context bestow on an object?” Fishbone told artnet News at the outset of the experiment. Fishbone, an American-born, London-based artist, has previously had solo shows at the Tate, Rokeby Gallery, and Gimpel Fils (all in London). He is best known for his 2010 film Elmina, which premiered at the Tate and was nominated for an African Movie Academy Award in Nigeria.

“I’m hoping that it will encourage people to look with much greater focus and with a heightened sense of awareness at the actual artworks,” he added. “When you walk into a collection with a large amount of paintings, it’s very easy to gloss over everything quickly and to take it all in as a kind of vista.”

Hoping to explore the power of context in an age of accelerated globalization, Fishbone commissioned the knockoff painting from the Meishing Oil Painting Manufacture Company, one of China’s numerous exporters of oil paintings that quickly produce copies of masterworks by Picasso, Matisse, and van Gogh.

It’s worth noting that, legally speaking, the works are not considered fakes, as the studio is careful to change the size of the canvases slightly from the originals.

According to chief curator Xavier Bray, Fishbone succeeded in his goal of getting people to pay closer attention. “Never before have I seen so many people actively looking at each painting,” he told the BBC.

The Fragonard was returned to its customary place today. Its replica will hang alongside it until July 26.