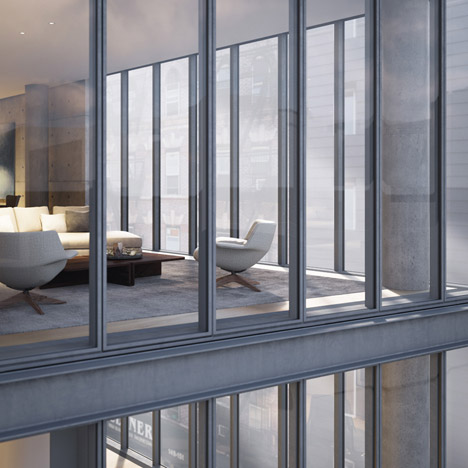 The full facade of Japanese architect Tadao Ando’s concrete and glass apartment block for Manhattan is revealed in this set of visualisations.

Ando’s first building in New York will rise seven storeys from the corner of Kenmare and Elizabeth streets in the Nolita neighbourhood, named for its location north of Little Italy at the centre of Lower Manhattan.

First unveiled last summer, 152 Elizabeth Street will accommodate seven residences ranging from 175-square-metre two-bed apartments to a 450-square-metre penthouse.
The design primarily features glass, concrete and steel materials found in many of Ando’s projects, including the art and design school at the University of Monterrey and a house on the edge of a cliff in Sri Lanka.

Floor-to-ceiling windows will wrap around the corners of the six upper levels, with galvanised steel mullions used to break up the acoustic glazing.
The transparent corner of the structure will be flanked by cast-in-situ concrete, which will also surround the ground floor.
“Like crystal grows within rock, the corner of the building is metaphorically thought of as a crystalline box emerging from the solid concrete volume which bookends the site,” said a statement about the project.
The Pritzker Prize-winning architect’s design will also include a green wall that will span the entire south facade, conceived in collaboration with landscape architects M Paul Friedberg and Partners.
Water will run down a grooved glass wall in the building’s entrance vestibule, while the lobby will feature a fog and light installation designed to change with the weather and seasons.

Commissioned by New York developer Sumaida + Khurana and with interiors designed by local firm Gabellini Sheppard Associates, the building is expected to open in November 2016. 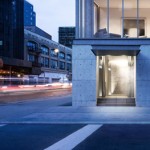 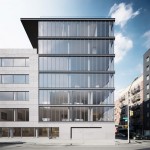 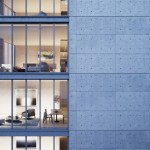