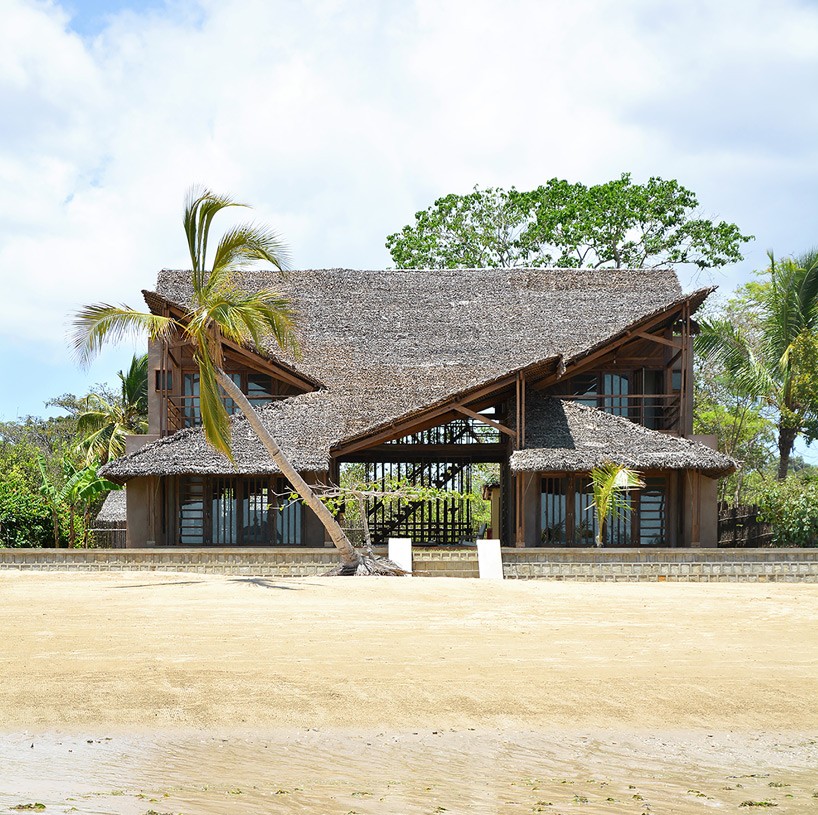 Nestled on a pristine beach on the shores of the Madagascan island Nosy Be, ‘Under the Sails’ is a private family residence by Italy based SCEG Architects.

The structure is divided into four elementary volumes split into two levels and protected by an angular sloped roof. Characterized by the distinctive triangular canopy, like a straw curtain, it gives the house a subtle texture against the timber frame. The central patio acts as a buffer connecting the inside and out, whilst a series of decked pathways interweave the spaces together. Materially, the house is mainly composed of concrete, timber and straw, where the form derives from a nautical theme – specifically the shape of the sails in yachts. Furthermore, taking advantage of the lush tropical setting, an equal balance between shelter and the environment is achieved through the framing of ocean views or the forest behind and in the evenings, as the sun sets, the property is illuminated by the warm glow of the sun. 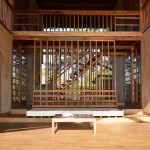 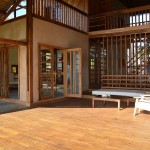 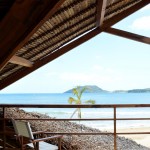 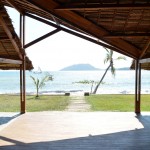 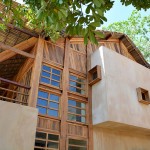