“Stephen & Virginia Courtauld request the pleasure of your company at Eltham Palace for the weekend of April 9th 1938” says your card. A tail-coated butler escorts you to your room, gives you a brief history of the house, and introduces you to some of the other house guests. Even the Courtaulds themselves welcome you to their Jazz Age mansion growing out of a medieval great hall.

Flappers, politicians, society hostesses, film stars, even royalty were guests at the open house the Courtaulds kept at Eltham, in the country but in easy reach of the West End. “My goodness,” the Duchess of York, later our wartime Queen, wrote after a stay in 1936, “what good food we had! And good champagne!”
Today everything is authentic, even to the gardenia perfume in Ginie’s bathroom and the Military Cross awarded to Stephen in 1918 is flung carelessly on the dressing table. Well, not quite — you won’t get Stephen’s speciality passion flower and angostura cocktail because the peopling of this beautifully idiosyncratic house is all in the handset you receive with your card. The narrative is just one new feature in the £1.7 million refurbishment of the palace, which reopened to the public yesterday, and which has given access to lost parts and corners of the Courtaulds’ lives.
The decorations have all been brought back to the way they looked in 1938; the underfloor heating was revolutionary when it was first installed, but now more than 80 years old it has had to be completely replaced, and is one of the costliest elements of the restoration. In the ancient hall, the Courtaulds’ music room, the old minstrels’ gallery becomes a cocktail balcony, where a jazz band played and the fashionable set took their cocktails; each room has information on the guest who might have stayed there; the removal of the visitor services to a restored glasshouse in the grounds has meant other elements of the palace could be restored. In the dining room, the table is set for dinner, with Ginie’s silver-backed notebook by her place to record comments for passing on to the cook. Stephen was an enthusiastic amateur photographer and in the basement his darkroom has been re-created, complete with prints drying on a line.
Stephen Courtauld was the youngest brother of Samuel Courtauld, creator of the Courtauld Institute, part of the rayon manufacturing dynasty and fabulously rich. The palace had been built by Edward IV, but it fell into disrepair and by the time the Courtaulds bought it there was little left other than the great hall, which had become a barn.
Devotees of everything modern, the Courtaulds hired one of the most fashionable architectural practices of the day, Seely and Paget, and designers such as the Swede Rolf Engströmer and the Italian socialite marquis Peter Malacrida, to create their showpiece.
This is a modern house even by today’s standards. There is a central vacuum system of tubes that sucked dirt into basement canisters, a multi-room sound system and an internal telephone exchange. There were three external phone lines, one for Ginie, one for the housekeeper, and one for the payphone off the hall for visitors’ use.
The Courtaulds had no children and the nearest were Ginie’s nephews Paul and Peter Peirano, whose rooms have now been returned to the way they were — twin boys’ bedrooms with an en suite between them — the only bathroom in the house with a shower. Ginie’s own walk-in wardrobe has also been restored, with the kind of frocks she would have worn hanging at the ready.
The Art Deco house was completed in 1933 and the Courtaulds lived here until 1944 when they moved to Scotland and then Zimbabwe, where Stephen died in 1968. The house became the home of army educational units until 1992, and in 1995 English Heritage took it over.
The removal of the café and visitor facilities to a refurbished greenhouse, where Courtauld once bred his beloved orchids, has facilitated the opening out of elements of the house that once had to be used for admin and storage.
Ginie’s secretary’s office was connected to the lady’s boudoir, where the army had subsequently set up a bar, painting over the walls. When conservators examined it a few weeks ago they found a map plastered to the wall, and then a whole series throughout the small room, interspersed with romantic wall paintings. This had been where Stephen and Ginie planned their annual winter trips abroad. It is being carefully restored and is the subject of a £25,000 public appeal to finish the job.
Meanwhile, wartime at Eltham Palace comes to life now in the basement, where Stephen converted a rumpus room into an air-aid shelter. Guests were put up on camp beds, and there were cards and Ginie’s favourite mah-jong to play, all conveniently next to the wine cellar. Rab Butler wrote part of the 1944 Education Act here. Next door (where the servants bunked down during the Blitz) is Stephen’s full-size billiard table on which visitors can now try their skill.
“We’ve moved the experience on to a different level, getting much more personal in introducing the extraordinary people who lived and stayed here,” says English Heritage’s senior property historian Andrew Hann. “But nothing has been done without direct reference to history. The truth here is fabulous enough without moving into fantasy.”
Admission to Eltham Palace is £13 for adults, £7.80 for children and free to English Heritage members. It is open daily from 10am to 6pm, including Easter Sunday and Bank Holiday Monday 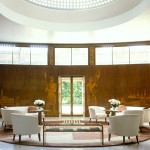 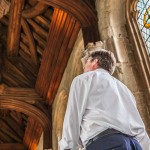 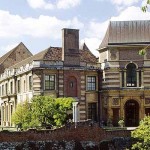 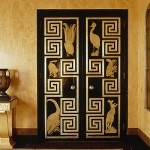